Cruising up the Grijalva River through the breathtaking Sumidero Canyon 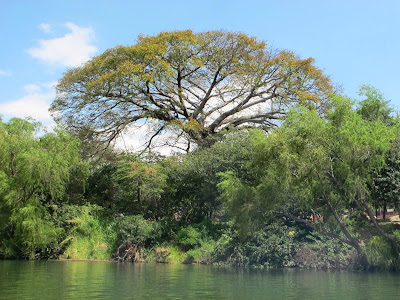 The Canyon de Sumidero is one of Chiapa's natural wonders in the countryside a few kilometers east of Tuxla Guitierrez with the Rio Grijalva (or the Rio Grande de Chiapas) flowing northward thorough it.  The Chicoasen Dam was completed in 1981 at the canyon's northern end creating a narrow, 35 kilometer-long reserve.  The canyon was tens, even hundreds of meters deep before the dam was built.
It was a beautiful morning when I boarded the launch down at the river in the small town of Chiapas de Corzo. 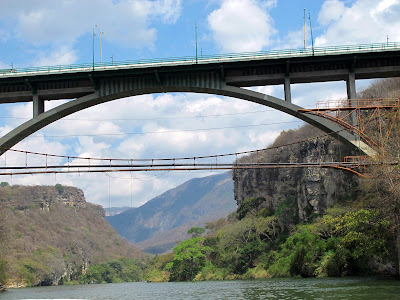 Heading up the river, we entered the canyon's mouth as we passed under Highway 190, one that I had driven on to reach Chiapas de Corzo. 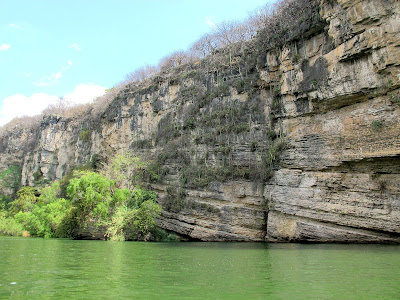 It was early spring and some of the trees were just starting to leaf out.  These particular walls had an interesting assortment of cacti growing out of the crevices. 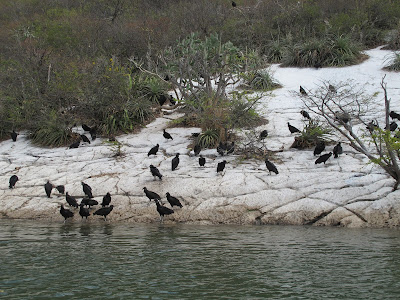 Along the way you will see a variety of birds - Herons, Egrets, Cormorants, Vultures and King Fishers and an occasional group of Spider Monkeys hanging out in the trees. 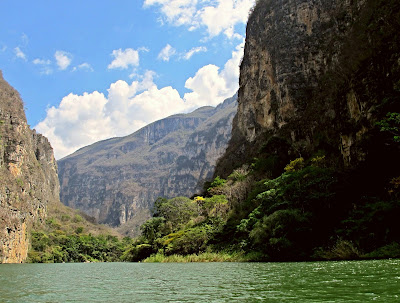 The canyon walls began to grow in height.  In some areas, they reach a height over one kilometer. 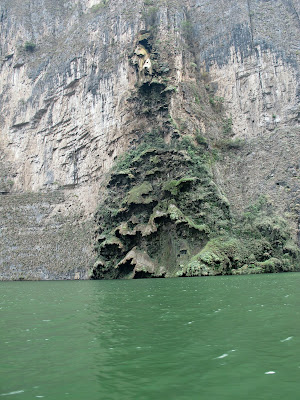 The rainy season had not started so the vegetation was not as green as it will be in the months to come.  There are many caves and interesting rock formations.  This lush triangle of moss and vegetation cascading down the side of the canyon's wall is known as the Arbol de Navidad (Christmas Tree). 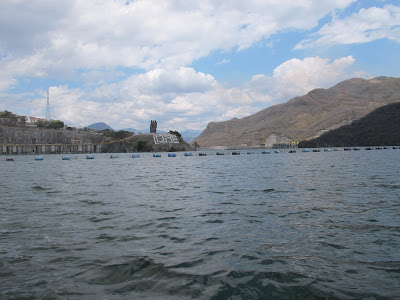 The boat takes over an hour to reach the dam with stops on the way to check out the wildlife and other interesting sites. 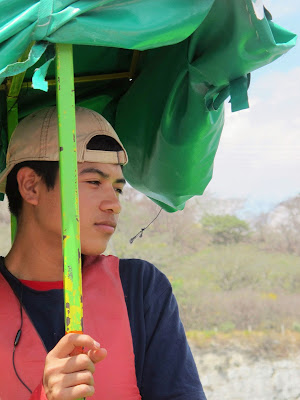 We stopped and waited as a boat approached, a mini-store on the water selling water, soft drinks, cut up jicama and other goodies to tempt the thirty tourist.  What a handsome young man helping his mother out that day. 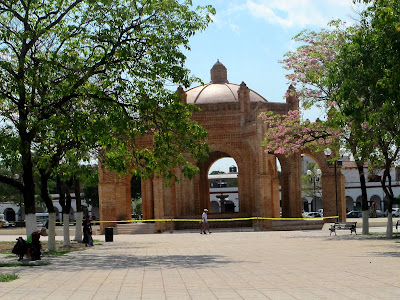 Back in Chiapas de Corzo, I was impressed by the main square with elaborate brick, octagonal shaped foundation and fountain that was built in 1562.   With its Mudejar and Gothic features along with flying buttresses, it is said to resemble the Spanish crown.  Beautifully maintained, the red-orange brick displays an intricate design. 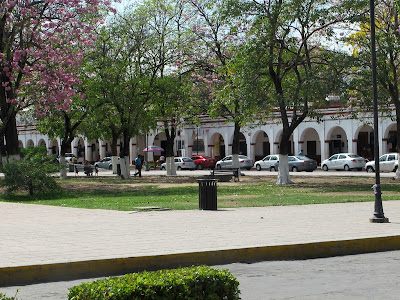 It's a pretty little village and the place where I will be staying with my group our first night in Chiapas.  We arrive around 6:00pm into the Tuxtla Guitierrez airport and my driver will take us to our hotel just off the main square.  The next morning will be an exciting boat trip up the Rio Grijalva.  Then on to San Cristobal de Las Casas where we will have lunch and later tour of the town.

If interested in joining me, check out my post dated 5/4/2016 and send me an email with your name and mailing information to robindsg@aol.com.  Then I can mail you a detailed itinerary along with pricing.  I have only a few spots left.  It's an unique trip and nothing like my past adventures.

Email ThisBlogThis!Share to TwitterShare to FacebookShare to Pinterest
Labels: Chiapas

Sculptures at the Denver Botanic Gardens

It was a beautiful morning when my husband, Len and I went over to the Denver Botanic Gardens to see the the newest exhibition, Stories in Sculpture, a selection of sculptures from the Walker Art Center Sculpture Garden in Minneapolis. 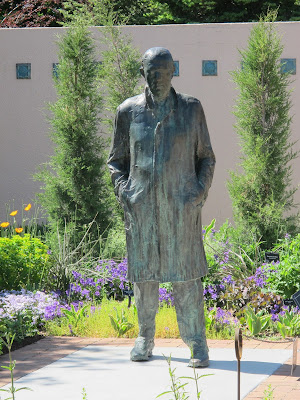 Walking Man by George Segal - 1988 - A thoughtful stance, with slightly hunched shoulders and hands in his pockets portrays a solitary figure, a sense of isolation.  Segal started out as a painter and then moved on the sculpting.  His figures lack color and detail, portraying almost a ghostly effect. 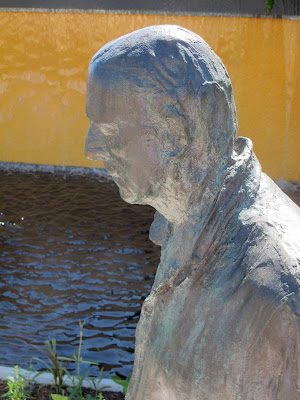 It was the perfect setting for Walking Man. 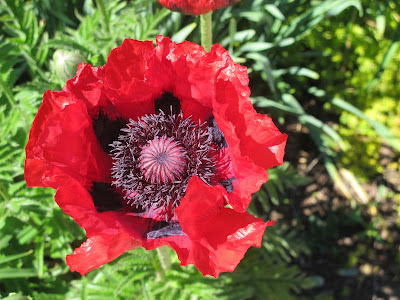 The flowers were spectacular, especially the poppies. 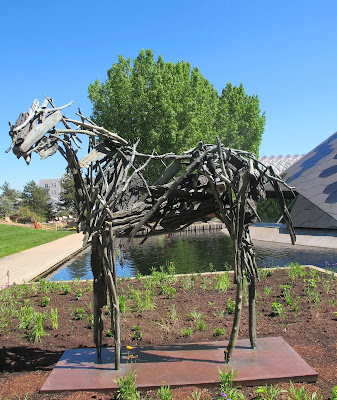 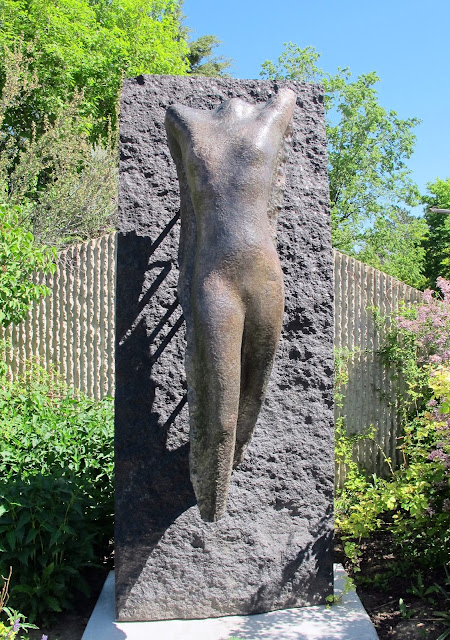 Nike by Saul Baizerman - 1949-1952.  Nike in Greek mythology is the goddess of victory who often helped Zues with his fight against the Titans.  Often depicted without wings.  Baizerman from Russian with his academic training was influenced by mythological themes. 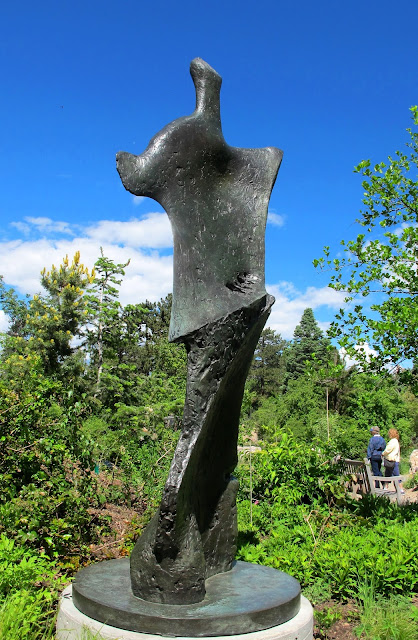 Standing Figure by English artist and sculptor, Henry Moore - 1961.  His works are usually abstractions of the human figure with void spaces which make the viewer fill in the blanks.  Standing Figure, an edition of six, reaches a height of 11'5" and weighs 1,200 pounds. 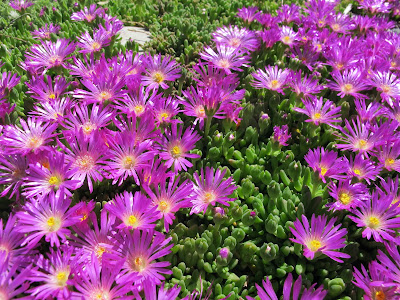 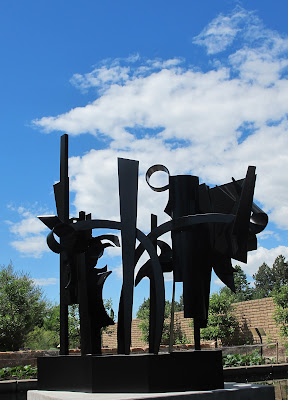 One of my favorite sculptures was Dawn Tree - 1976 - by Louise Nevelson.  An American sculptor who immigrated from Russian in the early 20th century was best known for her monumental outdoor sculptures. 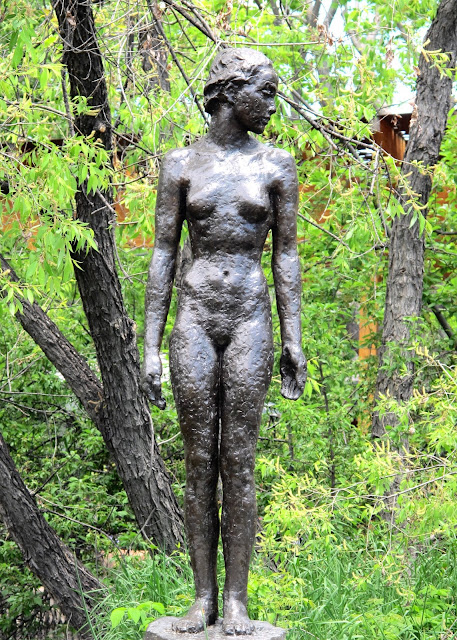 Young Woman by Georg Kolbe - 1926.  He was the leading German sculptor of his generation. 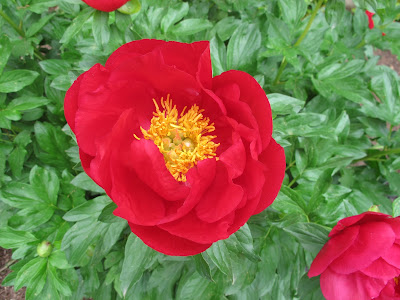 The Peonies were in their prime. 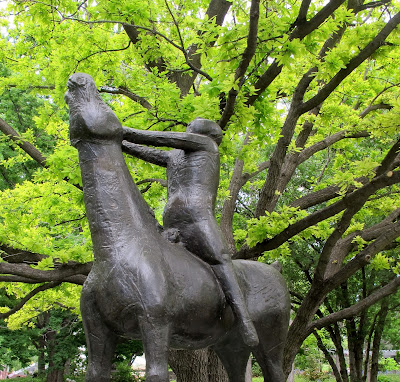 Horseman - 1949 - by Marino Marini.  An Italian sculptor who was particularly famous for his series of stylized equestrian statues. 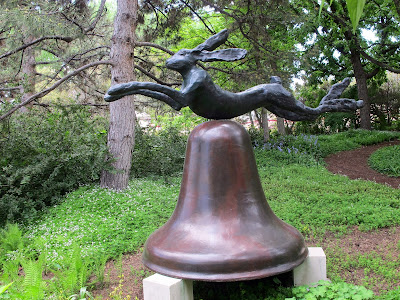 Hare on Bell on Portland Stone Piers - 1983 - by Barry Flanagan, a Welsh sculptor known for his dramatic, monumental bronze hares that just leap to life. 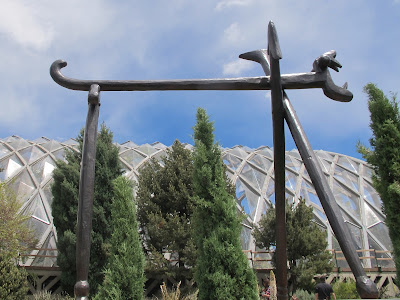 Theater Set Element from Judith - 1950 - by American artist and landscape architect, Isamu Noguchi.  He was also famous for his set design.  But I know of him best for when there was a collaboration with Herman Miller and Noguchi, George Nelson, Paul Laszlo and Charles Eames to produce a collection of some of the most influential body of modern furniture ever produced.  Including the iconic Noguchi Table which is still in production today and one that I sold to one of my design clients a few years ago.
It is a wonderful sculpture exhibition.  Even though there are 13 pieces on display in the gardens, I chose to showcase the ones that I particularly liked.  The exhibition is here until October 2, 2016.

Posted by Robin Mullen at 5:00 AM 0 comments

Game of Thrones - I was there! 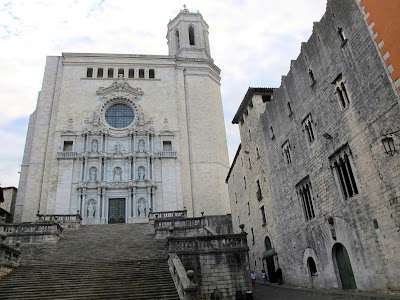 Last September Len and I were in Spain and spent two nights in Girona.  Girona's historic center consists of a lot of narrow, stone-paved lanes, several with long series of steps. The first day we could not even get close to the Cathedral for they were shooting some scenes for season 6 of the HBO mini-series,  Game of Thrones. 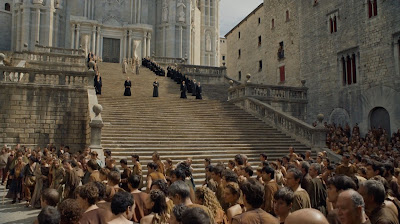 Last Sunday night's episode, Blood of My Blood, I spotted the main Cathedral in Girona set right in the middle of King's Landing. 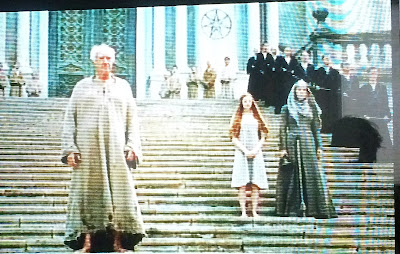 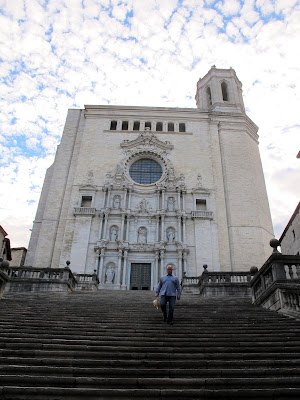 And here is Len coming down from the Cathedral. 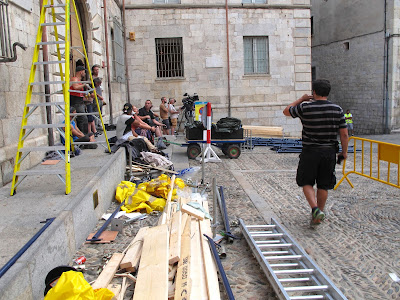 The crew were just folding up all the scaffolds and film equipment.   We were told some of the crew were staying at our hotel which was pretty hush, hush.  We never saw anyone for they kept different hours than we did.  But there was always a crowd of people outside trying to catch a chance of seeing one of the cast members. 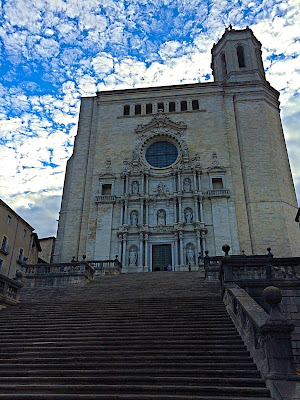 This was my Christmas card photo last night.  What a great experience.
Posted by Robin Mullen at 7:00 AM 0 comments