The Ponzi Sculpture Collection on display at the Denver Botanic Gardens

The Denver Botanic Gardens has another wonderful exhibition, Human Nature, from the "Craig Ponzio Sculpture Collection."  I recently took my dad over to the gardens along with my cousin, Patsy, from Minnesota and her husband, Tom.  It was a gorgeous day. 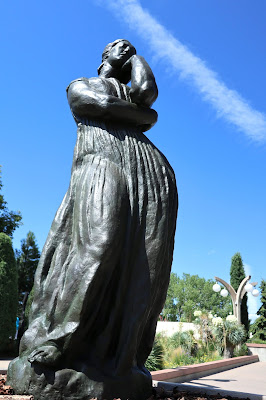 Upon entering the gardens, you are welcomed by the bronze sculpture,  La Grande Penelope (1912) by French artist, Emile-Antoine Bourdelle. 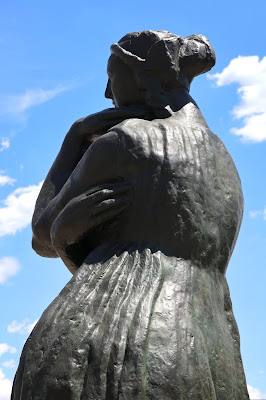 Bourdelle was inspired by Greek mythology  and Penelope is the ever-faithful wife of Odysseus from The Odyssey. 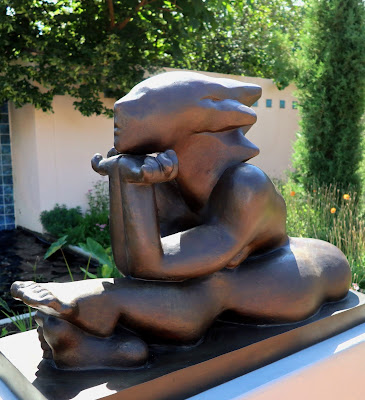 La Sphinge (The Shpinx - 1950) by Joseph Csaky born in Hungary but lived his life in France. 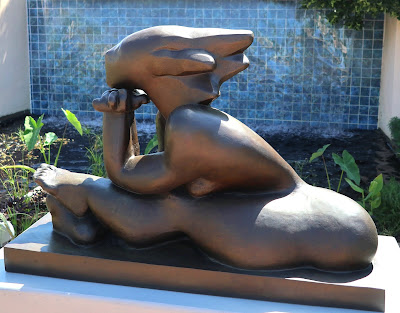 Reminds one of the Great Sphinx near Giza.  In French, La Sphinge refers to a mysterious women.  This was the perfect location for this piece with the Mediterranean blue colored tile in the background with the water trickling down into the pool. 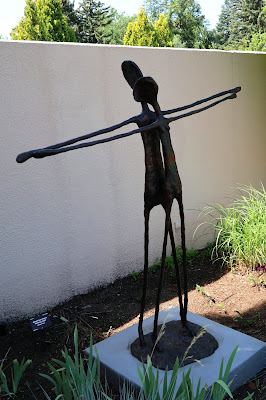 The Couple (2015) by American sculptor Jim Budish.  Interesting on how one moved around this piece, that at one vantage point, the two figures become one. 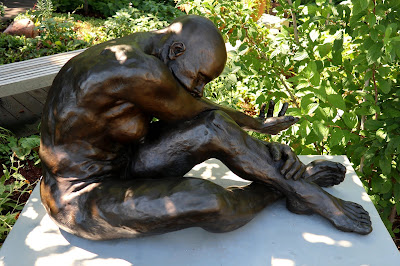 An Hour Before Dawn (2001) by Israel born sculptor Sassona Norton of America.  A combination of strength and grace.  The artists explains: "the tension is created not just by the physicality of the position, but by the ambiguity of the movement.  While one arm of the women embraces the body closely and intimately, the other is stretched forward over the empty space to reach out." 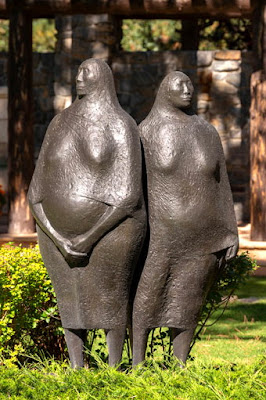 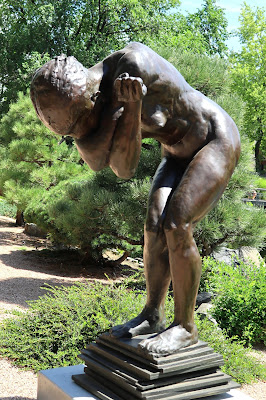 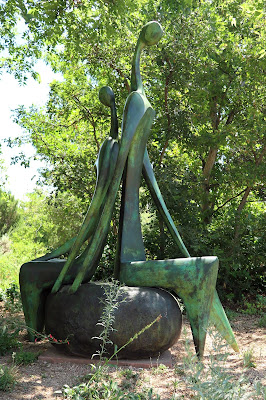 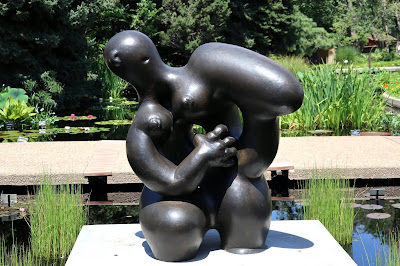 Benediction II (1943) by Jacques Lipchitz.  Cubist artist among Pablo Picasso and Georges Braque.  A Jewish refugee living in New York, he was deeply tormented by the terror of the Holocaust.  Such a twisted, lamented figure. 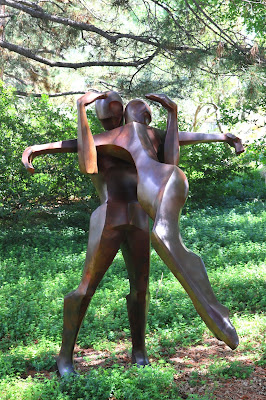 Trust (2005) by American sculptor living in Colorado, Kendra Fleischman.   It's a wonderful exhibition with a few more sculptures that I have not featured.  Don't miss it.  It runs through September 15. 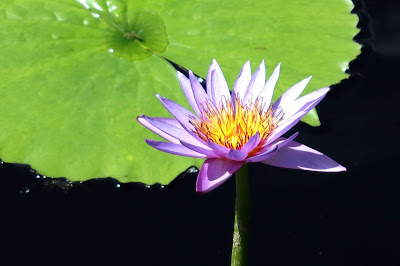 I will end this post with a photo from my favorite part of the gardens, the big lily pond.